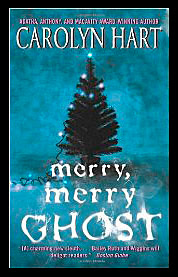 Not since Clarence Oddbody (It's a Wonderful Life) and the ghosts of Christmas Past, Present and Future (A Christmas Carol) has there been a more charming character than Bailey Ruth Raeburn in MERRY, MERRY GHOST written by Carolyn Hart.

Bailey Ruth and her husband died in a capsized cabin cruiser off the coast of Texas. But when a staid, stuffed shirt in charge of Heaven's Department of Good Intentions decides to send Bailey Ruth back to earth to protect a little boy and foil a murder plot, her cheerful spirit is gleefully recharged.

The novel opens at Christmas - a time to cherish family and the spirit of giving. One night, a young boy, Keith, is dropped off anonymously at the house of his ailing grandmother, Susan - a wealthy woman whom he has never met. Susan is thrilled by the boy's sudden appearance. She believed she no longer had any direct descendants of her own. Years before, she'd lost a daughter, then her husband. Her only son recently died as a war hero in Iraq. Ailing Susan, thinking she was alone, had taken in and become the matriarch of her deceased husband's relatives. They all live on her dime and on her ranch in Adelaide, Oklahoma - which is also Bailey Ruth's old stomping ground. With Keith's mysterious arrival and the announcement that his father was the war hero, the tribe of relatives grows increasingly suspicious and concerned, especially when Susan sets out to change her will and make Keith the primary beneficiary of her estate. Before she can officially turn things over to Keith,  Susan is murdered. This leaves a slew of suspects and motives.

MERRY, MERRY GHOST is a well-constructed mystery that will keep you guessing. The story, while dealing with serious subject matter, is leavened with a blend of wit and nuances of the supernatural. Bailey Ruth is a likeable, reliable narrator, and the ingenious strokes by which Carolyn Hart paints her protagonist, flaws and all, make her an incredibly fun super sleuth to pal around with on the page. Bailey Ruth loves fashion and good food and, having been given the power to make herself visible and invisible to achieve her ends, she cleverly stuns members of her old hometown with wry hilarity.

Carolyn Hart is a prolific mystery writer most noted for her award-winning DEATH ON DEMAND series of books. MERRY, MERRY GHOST is actually the third installment in the Bailey Ruth series. You don't need to read them to follow this novel, but GHOST AT WORK and GHOST IN TROUBLE were the first two Bailey Ruth stories - each great reads in their own right. If you're looking for a cozy mystery to cuddle up with by the fireplace during the Christmas Season, give Bailey Ruth Raeburn and MERRY, MERRY GHOST a try. It's sure to warm you up with fascination and delight.

"See that star, Anna, there at the very top?" he said. "It's there to remind us of the beauty, even when all we feel is the hardness." The Christmas Tree by Julie Salamon (page 116) 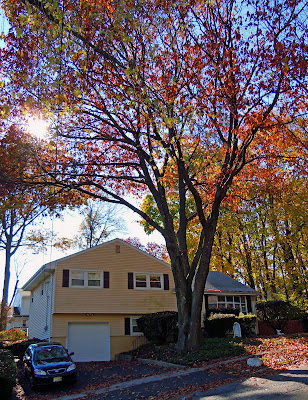 I never thought I'd be one of those people who could grow attached to a tree...but lo, I have joined the ranks. A mighty oak tree, one that started as a twin oak and grew, over the years, into a quintuple oak, was trimmed and pruned for decades. But of late, the tree had grown quite unwieldy and so many colossal acorns were shed each fall it was as though a rather intense drummer had practiced his paradiddles on the roof, the trunk, and the hood of any poor car parked beneath its enormity.

After much deliberation, the towering tree, which served as a landmark to family history, was finally removed a few weeks ago. With its dismantling, memories from a family that grew up and grew old, and moved on, from beneath the fixed, forever-growing umbrella of shade the tree offered for almost 50 years, evoked a palpable sense of loss, remembrance and nostalgia... 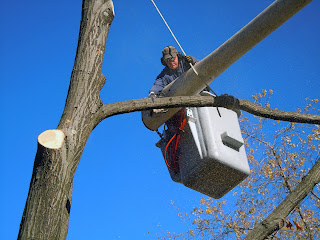 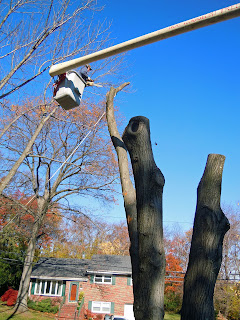 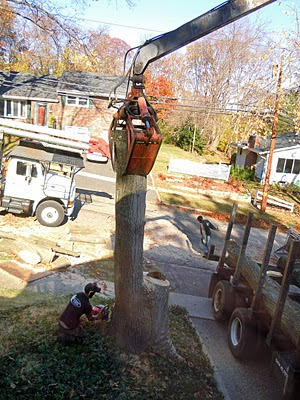 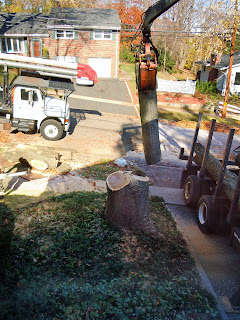 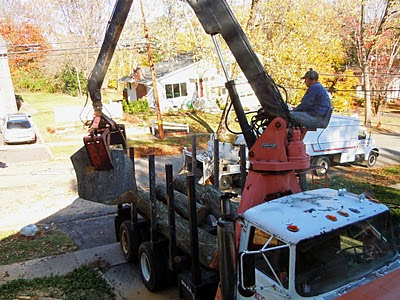 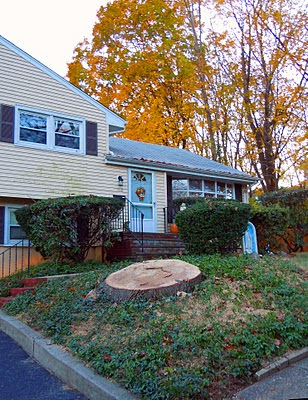 All of this got me thinking of a great little book, now a classic, about trees and the deep-rooted emotional meanings they can hold in our lives.

THE CHRISTMAS TREE by Julie Salamon (illustrated by Jill Weber) is a beautiful, compact story that's very appropriate to be read at this time of the year.

It is a tale narrated by the chief gardener from Rockefeller Center in New York City and his quest to acquire an admirable and immense Norway Spruce from a convent in New Jersey. The book tells the story of Sister Anthony, an elderly nun at the Mother House, who refuses to accommodate the gardener's agenda to cut the tree down.  During the process of many years of annual negotiations, Sister Anthony ultimately shares her story about how, when she was a shy, orphan girl named Anna, she was sent from New York City to live at the convent. Once there, she felt incredibly lonely, but she befriended a tiny fir tree whom she came to call, "Tree." Anna and Tree grew up together and it was through their life-long union that Anna came to love and appreciate the wonders of nature - a breadth of knowledge she generously passes on to the next generation. 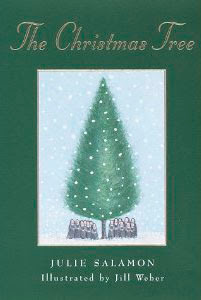 One winter, when a harsh storm threatens Tree's safety, Sister Anthony begins to have second thoughts about the tree becoming the crown jewel of the Rockefeller Center Christmas display.

This is a sensitive, simply told and moving story, a perfect December read about growth, memory, love and letting go. You'll never look at a tree, or Rockefeller Center at Christmas-time, the same way...Trust me, I know.