As a book reviewer for Shelf Awareness, I read and review at least three titles per month. Below is a short list of some of my favorite reads from 2014.  Hope you'll discover a title, plot line, topic or author that might interest you enough to feed your e-reader and/or support your local indie bookshop.

To learn more about any of the selections, click on the highlighted titles for additional information:

My Wish List: A Novel by Gregoire Delacourt (Translated by Anthea Bell)
This riveting short book, with concise chapters, is narrated by a disillusioned, middle-aged French woman who owns a fabric shop. When she wins the lottery, she chooses not to tell those she loves about the windfall right away. An interesting examination about want and need and pondering changes in life.

Mimi Malloy, At Last! (A Novel) by Julia MacDonnell
Irish-Catholic family dysfunction straddles the past and the present in this  accessible, multi-generational saga (with dashes of humor and romance) about an aging woman with "holes in her memory" who is forced to stitch together the past in order to better grasp the truth of who she is.

The Diamond Lane: A Novel by Karen Karbo
This absurdist comedy of manner offers a timeless, vivid take on the 1990s - before the advent of cell phones, email and reality shows. When an aging mother suffers a freak accident, her two disparate daughters, sisters who've never seen eye-to-eye, are reunited and forced to confront each other and figure out what they truly want out of life.

The Miniaturist: A Novel by Jessie Burton
An atmospheric historical novel centered around an arranged marriage and a cabinet-sized replica of 17th Century Amsterdam home. When an elusive miniaturist is enlisted to furnish the house and replicate dolls of the inhabitants, eerie and chilling coincidences start to mirror real-life happenings . . . part love story, part suspense novel, part thriller.

The Husband's Secret: A Novel by Lianne Moriarity
This book was released in 2013, but I only read it in 2014.  This thought-provoking novel of contemporary domestic fiction is set in Australia and centers on the lives of three women. Moriarity braids the tumultuous threads of each separate life together to explore the ways in which, married or single, we can never really know the ones we love.

Goodnight June: A Novel by Sarah Jio
A tender, graceful story about a successful businesswoman who must settle her great-aunt Ruby's estate - including deciding the fate of Ruby's beloved children's bookshop in Seattle. While sorting through papers, letters between Ruby and Margaret Wise Brown, the writer of Goodnight Moon, a classic children's book, are discovered. In the process, secrets are revealed that have the power to change lives.

New Life, New Instructions: A Memoir by Gail Caldwell
Caldwell writes exquisite, insightful memoirs about turning points in life, and this time she delivers a moving and powerful story about her midlife odyssey to reconstruct her leg crippled by and degenerating from childhood polio. A ruminative, wise, uplifting meditation on growing older and wiser.

Vivian Maier: A Photographer Found by John Maloof
The true story about this secretive nanny who was a gifted (yet closeted) street photographer is intriguing, however sad. Maier's photography only came to light and brought her fame after her death, when a trove of more than 100,000 images were discovered in a locker. This mammoth collection brings together the best of her best work.

Book to watch in 2015: The Girl on the Train by Paula Hawkins
A riveting thriller that keeps readers consistently off-balance. The story centers on a lonely, single woman--an alcoholic jilted in romance--who rides the rails in London and suddenly finds herself caught up in murder investigation in her old neighborhood.  Some are predicting this will be the Gone Girl of the new year! 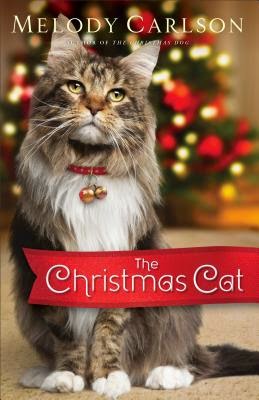 A single, 34 year-old man, with an aversion and allergy to cats, is faced with the methodical task of finding suitable homes for six precious felines in The Christmas Cat, a heartwarming novel by Melody Carlson (The Christmas Dog). Garrison Brown—trying to build a new life in Seattle after spending nine years doing missionary work in Uganda, battling malaria and nursing a broken heart in romance—receives word, near Christmas, that his widowed grandmother has died of a heart attack.

Summoned to Vancouver, Washington to settle her affairs, Garrison is surprised to learn that his frugal "Gram"—who raised him after his parents died in a car crash when he was 12 years-old—left behind her house, fully paid off, along with a substantial nest egg. Before Garrison can claim his inheritance, however, he is designated as "the keeper of the cats," responsible for following Gram's detailed, stringent criteria to match each cat's unique personality to his or her prospective new owner. Once Garrison can prove each cat is happily settled, the selected adoptive families will each receive $10,000. Where does this leave Garrison—especially with his feelings about cats? And just how should he roll out the plan in order to sift through suitable adoptive homes from mere gold diggers?

What ensues is a lighthearted story of Garrison's reconnection to his old neighborhood, his interacting with strangers who may become friends—or even something more—and his rekindling old hopes and dreams. Carlson, prolific in feel-good, faith-based fiction, once again delivers an affirming tale brimming with compassion and charm.

Note: This review is a reprint and is being posted (in a slightly different form) with the permission of Shelf Awareness. To read this review on Shelf Awareness: Reader's Edition (9/12/14), click HERE