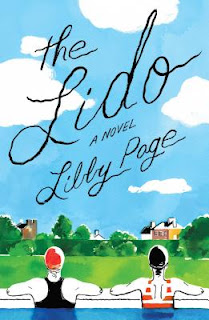 A community rallies to save a South London pool facing closure, and a friendship is sparked between an 86-year-old resident and a 20-something rookie reporter.

A public, outdoor swimming pool in Brixton, a small enclave of south London, forms the bedrock of The Lido, a feel-good first novel by British author Libby Page. The tight-knit community is changing. The local library has closed and has since been transformed into a bar. A Starbucks and a TJ Maxx chain store have moved in. And the public pool--the lido--in Brockwell Park, is being threatened with closure by a powerful, local land developer who wants to buy the property.


Rosemary Peterson, who has spent all 86 years of her life in Brixton, hates to see her beloved lido close. She worked in the town library before lack of funds shut it down, and she regrets not having done more to save it. While much has changed over the years in Brixton, the lido has served as a unifying, reassuring constant in Rosemary's changeable life. As a result, she feels powerless when she learns that the pool will close, until loner Kate Matthews--a shy, insecure reporter in her mid-20s, new to Brixton and the local paper--interviews her for a story. The two women are worlds and generations apart. However, as Rosemary regales Kate with stories about the lido and what it has meant to her--and to the history of the town--a bond of friendship grows between them, transforming both of their lives.

Page assembles a lively, diverse cast and heartwarming remembrances about the pool and how it sustained and enriched the town over time. Readers diving into this hopeful, tender story can emerge refreshed by the meaningful depths of community and the bonds of indelible friendships.


The Lido by Libby Page 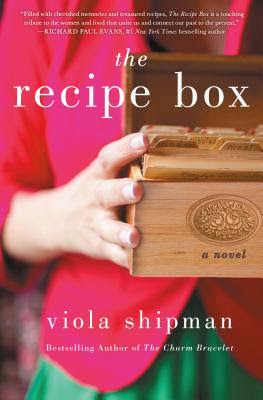 The history of a family-run orchard and pie shop enlightens a young pastry chef as she re-evaluates her own life.


Nourishment--especially of the heart and soul--forms the basis of The Recipe Box, a moving novel about the inextricable bonds of family by Viola Shipman (pen name for Wade Rouse). The story is a multi-generational chronicle of the Mullins family of Suttons Bay, Mich., and their agricultural orchard nestled on the shores of Lake Michigan.
Samantha "Sam" Nelson was given her great-great-grandmother's recipe box at age 13. After high school, she chooses to leave the Mullins Family Orchard and Pie Pantry and attend culinary school. She later takes a job at a Manhattan bakery run by a demeaning reality TV chef. At work, she is befriended by Angelo Morelli, a young man who delivers organic produce to the bakery and is trying, like Sam, to chart his own path. When Sam loses her job, she retreats to the family orchard to reassess her life. There, she gains a new appreciation for the long-held family business and the cherished wisdom of her ancestors. But when Angelo arrives for a visit, Sam is torn between staying at the orchard or returning to the New York culinary scene.  Shipman (The Charm Bracelet) traces more than a century of Mullins family history, showing how the orchard--and those who passionately tended to it--evolved and endured. The inclusion of scrumptious recipes sweeten this wholesome story where food and baking become acts of love. Shipman has sensitively crafted another tender, deeply resonant novel that readers can savor.

The Recipe Box by Viola Shipman


Darrell Laurant grew up in Syracuse, NY, graduated from a small college in North Carolina and spent more than 30 years as a sportswriter, news reporter, editor and columnist for daily newspapers in Charleston, SC and Lynchburg, VA. Along the way, Laurant published Even Here (about a series of bizarre murders in Bedford County, VA) and A City Unto Itself (a history of Lynchburg, VA in the 20th century) because he had "accumulated more information on those subjects than I could do justice to in my newspaper column." 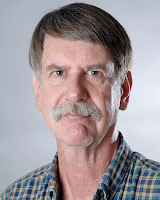 In 2014, a year after retiring from the The News & Advance in Lynchburg, Laurant wrote and published his first novel, The Kudzu Kid, about an embattled  weekly newspaper editor and a mob-backed hazardous waste dump. Inspiration Street was released in 2016, just as he finished his second novel, The Last Supper League.


Laurant's "current fixation" is a unique, writer-friendly and absolutely free book marketing blog called "Snowflakes in a Blizzard" that focuses on "under the radar" books.

Inspiration Street focuses on a remarkable and fascinating group of African-American achievers who lived on a single street in downtown Lynchburg, VA during the time of segregation. 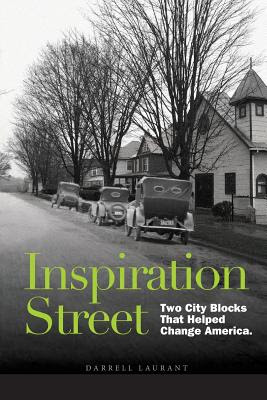 Why did you write Inspiration Street?


I had interviewed and written about many of these people and their descendants in newspaper columns and feature articles over the years, and then one day a light went off in my head and I realized: "Wow, all of this happened within two city blocks!" With all due respect to the Rev. Martin Luther King, who was certainly a great man in many ways, the civil rights movement existed before him and after him--and several  of the people who lived on Pierce Street made contributions so significant that I subtitled the book "Two City Blocks That Helped Change America."


What did you learn in writing this book?


Again, I think I underestimated the importance of the people I focused on in writing Inspiration Street -- folks like Anne Spencer, Chauncey Spencer, Walter Johnson, Amaza Meredith and C.W. Seay -- in relation to the world beyond Pierce Street and Lynchburg, VA. Although this is not a young adult book per se, I think it would be perfect for teen-aged readers, especially those in inner-city schools.


Did you learn anything about yourself through writing this book?


What I learned from this project was the value of perseverance and the possibility of redemption. Almost all of the individuals who are featured faced daunting obstacles in their youth, not to mention the larger obstacle of segregation. Poet Anne Spencer grew up with a single mother and then in a foster home, and didn't start school until she was 11. Walter Johnson was a high school troublemaker who was then expelled from two colleges before evolving into an unselfish family physician and the coach of tennis stars Arthur Ashe and Althea Gibson. Amaza Meredith lost her father to suicide on the eve of her high school graduation, then was turned down by all the college architectural programs in Virginia because of her race and gender. Frank Trigg was born into slavery and lost an arm in a farming accident, yet eventually became the president of two colleges.


One surprising thing I learned was that the land on which Pierce Street was laid down had previously been used for a Confederate training camp. That seemed like perfect karma.


What stories in the book are stand-outs?


Here are two: In 1938, Anne Spencer's son Chauncey and fellow aviator Dale White flew a rickety old single engine plane from Chicago to Washington -- surviving two crash landings along the way -- in order to bring attention to the absence of African Americans in the Army Air Corps. By chance, they ran into then-Senator Harry Truman, who was so impressed by their argument and their tenacity that he wound up introducing legislation to integrate the entire armed services.


When famed author and NAACP founder W.E.B. DuBois visited Lynchburg in the 1920s to speak at a local college, he asked on arrival where he could take a shower. Presented instead with a wash tub, the fastidious DuBois balked, then was told that Anne and Edward Spencer on Pierce Street had hot running water. He knocked on their front door as a complete stranger, took his shower, and became the previously unknown Anne Spencer's entryway into the ranks of Harlem Renaissance literary figures.


How did you approach your subject matter?


I've always enjoyed research, so this was actually a lot of fun. Anne Spencer's granddaughter, Shaun Hester, has a big help, and I had interviewed Chauncey Spencer several times before his death. The book was timely, because the tennis court on which Ashe and Gibson learned the fine points of tennis was being refurbished and opened as part of a Johnson museum. Other books had been written about several of these individuals (although not all), and that was also invaluable.


My method with non-fiction is to create a file in the computer for each prospective chapter. Then, when I do an interview, I paste quotes and information into the appropriate chapter.


Is there a message to the book?


I see this as a bridge between black and white, a reminder that we're really not so different, after all. Indeed, several of the main players here were the product of inter-racial marriages.


Why should someone want to read Inspiration Street?


I consider myself as a storyteller, and these are great stories. All I had to do was reveal them.


To order this book on INDIEBOUND, link HERE
Posted by Kathleen Gerard at 12:50 PM