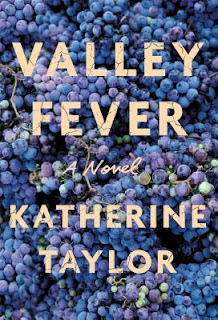 A broken romantic relationship propels a disillusioned young woman back to her hometown of Fresno, Calif., in Katherine Taylor's vivid, enjoyable second novel, Valley Fever. This story of family, friendship, loyalty and betrayal is narrated by sharp-witted, 30-something Ingrid Palamede, who settles into the colorful backdrop of the Central Valley and her family's faltering 20,000-acre riverside vineyard--Palamede Farms. The vineyard has a storied history: Ingrid's father, Ned, inherited his first hundred acres and, over the years, kept buying and cultivating more land. But the farm is now in financial trouble, Ned is ill and Ingrid's mother is contemptuous. With plenty of free time now, Ingrid offers to help. Is she the savior the farm needs? As she becomes embroiled in the small-town landscape that shaped her, Ingrid revisits her past, brushing up against an old flame, an estranged best friend and an employee suspected of stealing from the farm. Ingrid's sister, Anne--a successful voice-over actress in Los Angeles who would do anything for her--is leery about Ingrid's plight. And then there's "Uncle" Felix, Ned's oldest and dearest friend, another vintner, who makes his living by purchasing grapes from other farmers--including the Palamedes. With Ingrid in charge, will Felix hold up his end of the bargain, or will sour grapes and self-interest trump professional bonds? Taylor (Rules for Saying Goodbye) delivers a vivid, bittersweet, entertaining drama that harvests ripe truths about self-discovery, the workings of the heart and the tangled vines of families and fortunes.

Note: This review is a reprint and is being posted (in a slightly different form) with the permission of Shelf Awareness. To read this review on Shelf Awareness: Reader's Edition (6/30/15), click HERE
Posted by Kathleen Gerard at 12:00 AM 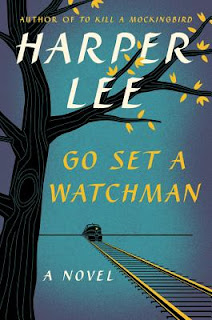 TO KILL A WATCHMAN?


The buzz has been building for Go Set a Watchman. This long-awaited first novel was written 50 years ago by Harper Lee before she re-tooled it as To Kill a Mockingbird. I've always been a fan of Mockingbird and Lee (see my Op-Ed in The Record,  7/6/10). And while, as a writer, I am very intrigued by the whole premise of reading the vision of a work before it was edited, early reviews of the novel are making me very leery. And I would bet there have been more articles and criticism already written about—and in anticipation of—Watchman than the 288 pages of the novel itself!


Reviews of Watchman have been disillusioned and unsettling. Most notably (and shockingly) is the character of lawyer and father, Atticus Finch. In Mockingbird, he was a paragon of virtue. In Watchman, reviewers are saying he is a racist bigot—who even attended a Ku Klux Klan meeting.  Watchman is set 20 years later than Mockingbird and builds on the premise of now 20-year-old Scout and her return visit to Maycomb, Ala. from where she now lives in New York City. Upon arriving back in her hometown, Scout is shocked to find that her father holds "abhorrent views on race and segregation," according to Michiko Kakutani  of The New York Times.


How did this happen?


If this review and others are accurate in their assessments, then the very idea of Watchman is confusing and troubling. Was Mockingbird scrubbed of Atticus's racist tendencies in order to make him and the story more commercially viable—to appeal to the masses, a wide swatch of African-Americans and Caucasians? If so, was this choice an artistically aesthetic choice or simply a means to drive up book sales? What might be the reason why Lee would recast Atticus so significantly from a racist "sinner" in Watchman into a morally upright and virtuous "saint" in Mockingbird ?  Yes, the novel is fiction, as is the character of Atticus Finch (although he is said to be closely based on Lee's own father). But for a writer, this would be like rewriting the character of Mother Theresa into an abusive harridan the likes of Joan Crawford!


Mockingbird has sold well over 50 million copies. What author wouldn't want their work read and enjoyed, debated and celebrated by the masses? It remains required reading in schools throughout the USA and beyond. And yes, Lee has made millions and even won a Pulitzer Prize for Mockingbird.


But did Lee pay a price—in her soul—to craft the Mockingbird narrative away from her original vision as found in Watchman?


Mockingbird is and will more than likely remain a classic novel. But might Lee have felt, deep down, that she "sold out" her vision by acquiescing to editorial demands--overhauling the Atticus of Watchman in order to make the good and evil aspects of Mockingbird more black-and-white (pardon the pun) and more marketable? Could it be that she felt it was best to let the worldly success and glory of Mockingbird remain as is and never allow her work (or even herself) to be doctored for mass appeal ever again? Might her 50-years of public silence be more understandable when viewed in this context?


Which leads to my next question: if early reviews of Watchman are discerningly on-target, then did Lee really sanction its publication? Could suspicions of Lee's lack of cognizance be accurate? Why would she strip off the idyllic finish of Atticus as portrayed in Mockingbird and tarnish his persona by finally exposing his "dark side" in Watchman? And why now? Was Lee manipulated into publishing Watchman just as she was manipulated to rewrite the essence of Watchman and transform it into the more idealistic version of Mockingbird?


On the flip side remains the possibility that Lee is completely aware of her intentions—that she is fully mindful and astute. Whether she "sold out" her story or not for Mockingbird, perhaps before her life ends, she wants, for her own peace of mind, for others to experience her original vision, the way she first envisioned the novel?  After all, considering the strides made for equality over the past 50 years, the racial divide is still miles apart and a hot-button issue—especially with the police-civilian riots in St. Louis and Baltimore and the Charleston, South Carolina church massacre. Perhaps Lee has been closely watching current world events unfold and believes Watchman—with its darker, less politically correct themes—may prove even more relevant today than if the book was released 50 years before?


Calculated decision or coercion, we'll likely never know the author's true intent or the real story behind the reasons for publication of Watchman. And maybe "not knowing" will, in the end, serve to further ratchet up book sales, intensify conversations and debates about the continued racial unrest in our country and ultimately make Watchman even more appealing and well-read than Mockingbird.


"To Kill A Watchman?" (commentary) © 2015 by Kathleen Gerard
Note: Do not reprint, reproduce, post online or copy without proper attribution


To order this book via INDIEBOUND link HERE


To Kill a Mockingbird by Harper Lee (50th Anniversary Edition)


To order this book via INDIEBOUND link HERE

Nina George: The Power of Books to Heal 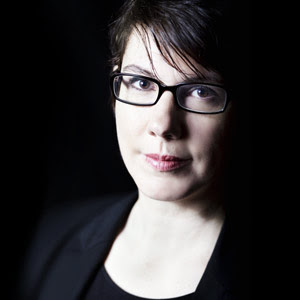 Note: This interview is a reprint and is being posted with the permission of Shelf Awareness. To read this

Posted by Kathleen Gerard at 11:20 AM 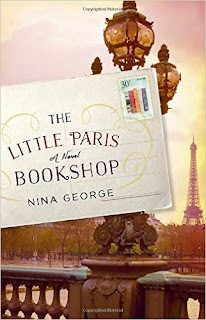 Nina George's enchanting The Little Paris Bookshop deals with the nature of grief; the power of friendship, love and truth; and how reading and books have the capacity to change peoples' lives, souls and destinies. The narrative centers on 50-year-old Monsieur Jean Perdu, who owns a bookstore called the Literary Apothecary--actually a floating barge "the length of three truck trailers" that houses 8,000 books, moored on the Seine. Perdu lives at 27 Rue Montagnard and is a passionate bibliophile who believes that booksellers don't just look after books, they look after people.

Things take a turn when two new residents move into Rue Montagnard. Max Jordan is a young author whose debut novel has made him famous, but he is plagued with writers' block. The other new neighbor is Madame Catherine, who moves into the flat across the hall from Perdu. The tenants of the building rally to help this newly cast-off wife who has nothing of her own to set up her new apartment.  Perdu delivers a table to Madame Catherine's apartment, and she discovers a letter hidden inside that causes Perdu's head and heart to spiral into an emotional tailspin. He takes refuge in the Literary Apothecary, soon hauling anchor and setting sail--but not before Max, who's being pursued by paparazzi, jumps aboard the moving barge.  George is a lyrical writer whose beautiful, sensory language and imagery enhance this adventurous, moving narrative. On their voyage, the men are frequently mistaken for father and son, and they pass the time by sharing life stories. In the end, their excursion propels Perdu to finally reconnect with himself--the person he was, is and who he will become in the future.

Note: This review is a reprint and is being posted (in a slightly different form) with the permission of Shelf Awareness. To read this review on Shelf Awareness: Reader's Edition (6/30/15), click HERE

To read the full review of this novel as originally published as a special feature of Shelf Awareness: Maximum Shelf (4/8/15)--a much longer and much more comprehensive review--link HERE

Posted by Kathleen Gerard at 11:19 AM