Award-winning documentary filmmaker Susan M. Sipprelle presents a thorough, unflinching look into the lives of three young women veterans (post 9/11) as they strive to readjust to civilian life following military deployment. The film, Soldier On, delves into the formative years of the women, their personal reasons for enlisting, the rigors of military life and the challenges and progress the women face in re-acclimating themselves to "normal," everyday life. Through well-edited, interwoven narratives, Sipprelle (Set for Life; Over 50 and Out of Work) weaves three distinct, diverse stories.
"When you're over there, your world stops…but everyone else's life goes on," says Natasha Young, a Staff Sergeant in the Marine Corps--a 12-year U.S. Marine Veteran--who was deployed to Iraq from 2005 to 2007 and served as a 'fixer' amid combat skirmishes. "You're getting mortared…shot at every day," says the tough, no-nonsense, young woman who initially joined the military because she wanted "to do more, to be more." She was looking to be "part of a team." A romantic break-up at the age of 17, along with family dysfunction, propelled her toward a military career that took her far beyond her Massachusetts roots. She admits that her street-smarts were challenged by boot camp and later, as she bore witness to the atrocious horrors of war. Surges of adrenaline sustained her throughout her deployment, which was emotionally and physically draining. She even endured a violent sexual assault by a fellow marine. Since returning home, she's continued to press on and barrel on through, now picking up the pieces of her own life despite chronic health challenges and the demands of co-parenting her young son. Today, she finds purpose working as an advocate on behalf of veterans facing homelessness and housing issues.
Amanda Tejada, Sergeant in the U.S. Army who was deployed in 2009 to Afghanistan, also came from an unsettled background. She was abandoned by her mother and suffered a difficult, isolated childhood. Amanda was inspired to enlist to "help others" after witnessing "people jumping out of the buildings" during 9/11. This introspective, largely self-reliant young woman felt a sense of belonging and purpose during her military career.  After having been embroiled in almost daily combat missions and firing upon the enemy just a few miles west of the Pakistan border, where Osama bin Laden had been hiding, Amanda finds adjusting to ordinary civilian life especially challenging. Hearing loss and a myriad of wide-spread and debilitating symptoms of PTSD--depression, insomnia and subsequent alcoholism--make her transition all the more difficult. "The aftermath of being in the military isn't so pretty," she says. "Nobody comes back the same person...brain chemistry permanently changes." Amanda works hard to surmount emotional struggles. While her life had structure, and she was "taken care of" while in the military, as a civilian, functioning and bettering herself are constant uphill battles. A quest to finally finish her education, however, ultimately gives her a new lease on life.
In search of a sense of self, belonging and finding financial security lured Lyndsey Lyons--a 1st Lieutenant of the New York Army National Guard--into the military. She joined the R.O.T.C. while a psychology student at Fordham University. Lyndsey's innate sense of adventure made her feel truly excited to begin her military deployment. She was stationed in 2013 at the Kandahar Air Force Base in Afghanistan. "I was more fearful of being sexually assaulted than being killed in action," she admits. What makes Lyndsey's story unique is her lesbianism and the separation she endured from her girlfriend throughout deployment. While in service, Lyndsey was also forced to keep her sexuality secret as it was during the "Don't Ask, Don't Tell" policy.  During her deployment, however, President Obama lifted the ban, and Lyndsey felt a true sense of liberation as if a "weight were lifted" from her life. Her post-military story largely focuses on her relationship with her girlfriend and how the impact of Lyndsey's deployment and return home affected them both, turning their lives upside-down. Throughout her military service, Lyndsey worked hard to remain unemotional and her quest, once home, becomes a process of learning how to soften her heart, getting in touch with and expressing her true feelings and emotions, and practicing spiritual mindfulness via the study of contemplative psychotherapy and meditation.
Well-selected, interspersed footage from world and political events, along with clips from military drills and actual combat, enrich the documentary along with the tight, crisp cinematography of Samuel E. Newman and the seamless editing of Jenny Filippazzo. Sipprelle's meticulous direction paints a clear, well-rendered portrait of the arduous journey young military women of diverse cultural backgrounds--and psychological profiles--face as they rejoin contemporary society. Their unifying thread becomes a sense of not belonging, a lack of purpose in fulfilling the mundane tasks of everyday life and no longer fitting in with civilian peers and contemporaries because military experience has set them apart. Sipprelle compassionately traces their unique feminine perspectives from combat to healing, and the long road they are forced to travel toward peace, with great insight and sensitivity—shining a necessary spotlight upon these unsung, courageous women who answered America's call.


To watch the trailer for Soldier On, link HERE


To purchase a copy of Soldier On, link HERE


To learn more about TREE OF LIFE PRODUCTIONS, link HERE

Posted by Kathleen Gerard at 4:58 PM 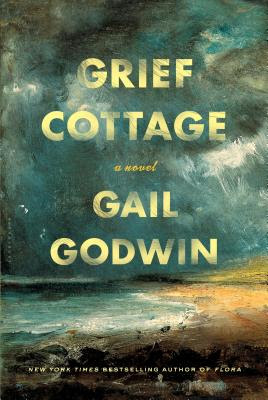 An orphaned 11 year-old works through his grief when he goes to live with his great-aunt on a remote South Carolina island.

Marcus Harshaw looks back on his life as an 11 year-old who faced the tragic, sudden death of his single mother and then went to live with his great-aunt Charlotte on a remote South Carolina island. The story is predominantly set during Marcus's first summer on the island when Aunt Charlotte--a thrice married and divorced, set-in-her-ways, reclusive artist--took in precocious, self-contained Marcus and provided him a safe haven. Marcus's formative years with his mother--and their chronic struggles to make ends meet--made Marcus philosophically wise beyond his years, enabling him to adapt and be sensitive toward his aunt's brooding, hermetic life. Charlotte gained notoriety painting images of a deserted, dilapidated local house nicknamed, Grief Cottage, where the family who occupied the residence disappeared during Hurricane Hazel in 1954. The battered, run-down cottage becomes a source of intrigue for Marcus, as well, as he seeks to learn more about the shack's history and the people who perished there. This quest unearths questions about Marcus's own background, namely coming to grips with his relationship with his mother, how he lost his best friend from school and identifying his unknown, absent father.

Godwin (Publishing: A Writer's Memoir) has written an exquisitely rendered narrative that emotionally deepens with metaphorical subplots that include the preservation of nested Loggerhead turtle eggs and the presence of a ghost at Grief Cottage. This grace-filled story probes aspects of life and death, isolation and family, and how great pain and loss can ultimately lead to unforeseen transcendence.

Posted by Kathleen Gerard at 10:07 PM