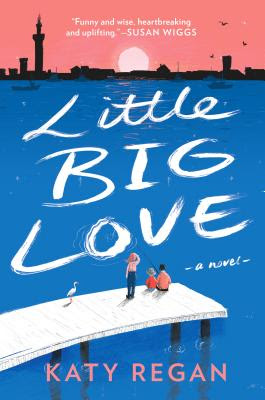 A lovable, determined, 11-year-old boy seeks to unravel a decade-long mystery in his family and finally find his birth father.
One night in June 2005 changes the lives of a family in Little Big Love by British author Katy Regan. Set in Grimsby, a small fishing village in England, the story is told from three distinct perspectives of the Hutchinson family. Zac is a precocious, inquisitive 11-year-old, who has blue eyes just like his father's. He is obsessed with food, the memory of his deceased Uncle Jamie, a chef who died a tragic death, and finding his father, Liam, who left before Zac was born.
Zac's mother, Juliet, is a single mom who has a tendency to overeat and to shoplift food from grocery stores. She still carries a torch for her old flame, Liam Jones. Her inability to get over his departure makes dating a challenge--often quite comical. Finally, there is Mick, her dad, ensnarled in the devastating situation that tore his family apart--a situation that has kept his daughter and his wife in a state of inertia for 10 years, and has burdened him with secrets.

The inability of the three narrators to move beyond the impact and implications of the night that changed everything--a night that, in its aftermath, has perpetuated lies and mystery--forms the impetus for this moving, bittersweet story that seeks to unravel the truth of what really happened and why.
Little Big Love is Katy Regan's U.S. debut; as in her U.K. releases (How We Met, The One Before the One), she delivers an affirming, buoyant novel populated by authentic, empathetic characters, young and old, who infuse her adventurous story with great poignancy, humor and heart. 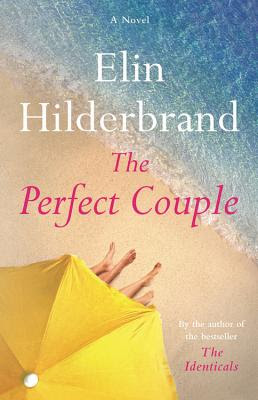 Turmoil erupts at a posh Nantucket beachfront estate when a member of a wedding party is found dead on the morning of the nuptials.
In The Perfect Couple, Elin Hilderbrand (Winter Storms) dishes up a mysterious and superbly crafted whodunit, wrapping it around a story of domestic bliss gone awry.
As is her trademark, Hilderbrand sets her novel in Nantucket--assembling a large cast of characters who gather on the island for the sultry July wedding of 20-somethings Celeste Otis and Benjamin Winbury. Celeste is a shy, down-to-earth, middle-class zoologist whose parents have what she considers the perfect marriage. Her caring and attentive, well-to-do businessman fiancé, Benji, is the offspring of a successful mystery novelist mother and a notoriously philandering father. With Celeste's mother battling cancer, the Winburys generously offer to host the event at their posh beachfront estate, Summerland. But on the morning of the wedding, the body of the maid of honor--the bride's best friend--is found floating in the surf. Was her death accidental or the result of foul play?
Hilderbrand peels back layers of her suspenseful story by tracing the details of a suspected murder investigation, chronicling Benji and Celeste's relationship and revealing the hidden lives and agendas of others. As the Nantucket chief of police probes wedding attendees for answers, the integrity of many comes into question, along with Celeste's true feelings for her husband-to-be. A rapidly snowballing plot shifts suspicions as Hilderbrand displays a riveting grasp on insidious domestic rivalries and the secrets embedded in the human heart that can lead to unexpected, shattering consequences.

Posted by Kathleen Gerard at 2:36 PM