Inheritance: A Memoir of Genealogy, Paternity, and Love 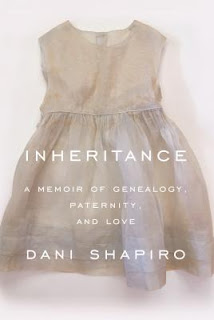 An eloquent memoir that explores personal and universal issues of paternity, genetics, science, ethics and truth.
Through nine books, Dani Shapiro has mined her own experiences, trying to find meaning in events that have shaped her life. Shapiro's ongoing literary narrative continues with Inheritance, an unflinching, deeply personal account of how a DNA ancestry test irrevocably altered her life and the familiarity therein. The shocking results forced Shapiro to question her identity and everything she believed about herself and her family history over 54 years of living.


Shapiro grew up an observant Orthodox Jew shaped by her parents and a large "dynastic clan" in New Jersey. Religion and her spiritual life became the bedrock of her existence until she ultimately rebelled, breaking with Judaism while in college. When Shapiro was in her 20s, a catastrophic car accident claimed the life of her father, whom she deeply loved and respected. It also left her mother afflicted by years of related injuries until her death. Shapiro eventually reconnected with the traditions of her Jewish heritage after she became a mother herself.


Several years ago, Shapiro decided on a lark to have her DNA analyzed. The report ultimately revealed a life-altering truth: Shapiro's father was not her biological parent. Relentless in her tenacity, she goes in search of the man who was. She grapples with the secrecy of her parents and the meaning of family while seeking to reconcile the consequences of this revelation.


Shapiro (Hourglass) is always an intellectual, analytical storyteller. The engaging way in which she renders the suspenseful details of this forthright, meaningful odyssey will keep readers totally enthralled.

Inheritance: A Memoir of Genealogy, Paternity, and Love by Dani Shapiro


NOTE: This review is a reprint and is being posted with the permission of Shelf Awareness. To read this review on Shelf Awareness: Reader's Edition (January 18, 2019), link HERE
Posted by Kathleen Gerard at 12:00 AM 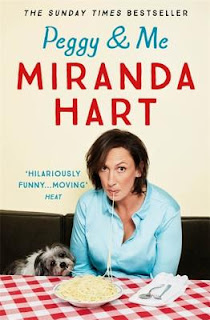 A popular British actress, writer and comedian and her lovable dog, Peggy, share fun, clever stories of life-changing moments.
Not many writers can claim to have written the same book twice--the exception being popular British actress and comedy writer, Miranda Hart (Is It Just Me?). Hart opens her very funny memoir by explaining that her first attempt at writing Peggy and Me was burgled. A thief broke into her apartment and made off with her laptop, which contained the original and only copy of her completed manuscript. "Very cross" about losing great material and years of labor, Hart was forced to reconstruct the story of how a Shih-Tzu Bichon Frise puppy (a "Shitty Frise") entered her life at a very low point. The endearing, unexpected antics of the small dog--whom Hart named Peggy--lifted her spirits.
An obsessive "animal nut," yet first-time dog owner, Hart chronicles her experiences and disastrous encounters with pets pre- and post-Peggy. As a child, Hart was infatuated with zoo animals, badgered her parents for pets every Christmas and even encountered memorable pet-sitting misadventures. With Peggy in her charge, Hart suffers a "poo apocalypse," swoons over a handsome and hunky vet, follows Cesar Millan's puppy training methods--Hart believes the dog handling guru's name sounds more like a salad!--and she cleverly analyzes the quirky, over-zealousness of dog owners at the park. Braided throughout are witty, comic monologues offered by Peggy herself on what it's like to cohabitate, work and travel with single, childless, lovelorn Hart. The trials and travails of this woman-dog bond spur hilarious and profound life lessons.


Peggy and Me by Miranda Hart

Posted by Kathleen Gerard at 4:45 PM