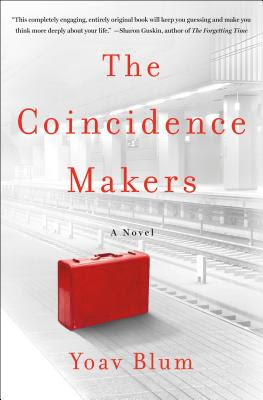 A suspenseful novel about secret operatives who cleverly orchestrate and execute forces of destiny.


Yoav Blum raises fascinating questions about destiny and free will in this fast-paced novel exploring otherworldly dimensions. In The Coincidence Makers, Blum has created a rich fantasy that focuses on trained and skilled secret agents who work--along with bureaucratic forces much greater than themselves--to orchestrate events that nudge ordinary people toward changing the course of their lives. This smartly crafted novel focuses on three trainees--Guy, Eric and Emily--who have been rigorously educated on the intricacies of coincidences and the roles they, as Coincidence Makers (CMs), are expected to play in shaping human destiny. Eric is a showman who has been known to grandstand in creating very complex coincidences that have led to accidents, death and even murder. Emily is bright and highly sensitive, but tight-lipped in talking about past assignments. And Guy, while adept, is riddled with self-doubt and haunted by a past that broke his heart. When the CMs are asked to put what they've learned into practice for a complicated assignment involving a former imaginary friend case, the CMs must reassess their roles in relation to humankind and how their efforts very often lead others--sometimes, even themselves--to find deeper meaning and purpose in life and in love. Blum cleverly probes the cause and effect of life, while exploring the hearts, motivations and questioning nature of people. This makes his carefully constructed fictional universe all the more plausible and captivating--especially as the plot intensifies and unravels in surprising ways.

The Coincidence Makers: A Novel by Yoav Blum


NOTE: This review is a reprint and is being posted (in a slightly different, shortened form) with the permission of Shelf Awareness. To read this review as originally published on Shelf Awareness: For the Book Trade (February 12, 2018), link HERE


To read this review as published on Shelf Awareness: Reader's Edition (March 6, 2018), link HERE
Posted by Kathleen Gerard at 12:00 AM 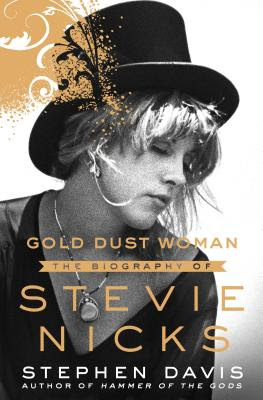 
Forty-odd years ago, Stevie Nicks, the "Fairy Godmother of Rock," seemed to emerge from nowhere with a song about an old Welsh witch, "Rhiannon." The song has since become a classic, one of the most popular songs Nicks ever recorded with the British band Fleetwood Mac. With reverent care, Stephen Davis (Hammer of the Gods, about Led Zeppelin) closely examines Nicks's formative years, the struggles of her early, ascendant career, and how her emotionally charged affiliation with Fleetwood Mac changed her life. Her music--popular songs that deal with memories, dreams, romance, regret and the passing of time--corresponds to important aspects of the singer-songwriter's life. With that in mind, Davis deconstructs the music to trace Nicks's childhood and musical roots. He analyzes her tumultuous relationship with guitarist Lindsey Buckingham, and her cocaine-infused heyday in Fleetwood Mac, complete with juicy dramas about romantic entanglements in the band and affairs she had with others, including rock stars Don Henley and Joe Walsh. Furthermore, Davis considers the forces that ultimately empowered Nicks to take the leap and launch a solo career. Meticulously presented details are fortified by quotes from Nicks, her family and friends and other musical cohorts. Davis documents, in depth, the influences--good and bad, the mystical and magical--that shaped the rock legend. He details how personal experiences of love, heartbreak and loss directly contributed to her astounding success and longevity in the limelight. Fans of Fleetwood Mac and Stevie Nicks will find much to savor in this intimate, comprehensive biography.