How to Survive Life (and Death) 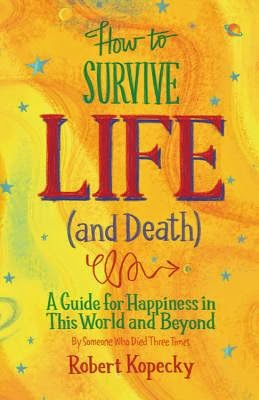 It's one thing to have a Near-Death Experience (or NDE, for short), but to have three?  Could it be that fate shepherded Emmy nominated art director and author Robert Kopecky away from three potential near-death catastrophes in order to finally convince him to commit his experiences to the page and share what he's learned with others?

Kopecky never planned on personally investigating the nature of death and how to live a more fulfilling life. But in his entertaining memoir and self-help book, How to Survive Life (and Death): A Guide for Happiness in This World and Beyond, he delivers his insightful and inspiring personal story, which puts mortality into perspective while offering strategies to improve and experience life to the fullest. Crafted in simple, accessible prose, and filled with lots of good humor, the author intersperses details of each of his NDEs, which occurred via various culprits in three distinct generations of his life. The author's disembodiment experiences—and each aftermath—taught him valuable life lessons that ultimately enlightened him about the nature of time, how to face fear and suffering, why "radical kindness" and compassion, along with forging a spirit of generosity and forgiveness, are essential to keeping faith and hope alive.

Kopecky ties cosmology, metaphysics and quantum reality together with his own spiritual experiences, while also weaving in theories from Buddhism, Hinduism, the teachings of Gandhi, excerpts from the apocryphal Gospels of Thomas and the more contemporary views of Joseph Campbell. In the end, Kopecky's miraculous passages back from the brink of death make for a compelling narrative—for believers, nonbelievers and garden-variety skeptics. He demonstrates how love and surrender are liberating, healing powers that can ultimately bring us "out of this world"—and sometimes back again, too! 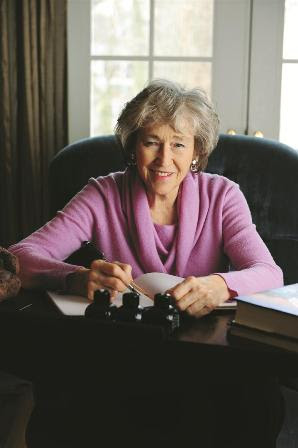 Note: This interview is a reprint and is being posted with the permission of Shelf Awareness. To read this Q&A on Shelf Awareness: Maximum Shelf (5/21/14), click HERE

Posted by Kathleen Gerard at 12:10 AM 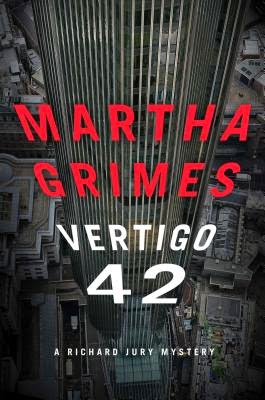 New Scotland Yard Superintendent Richard Jury returns to the page with a visit to Vertigo 42, a stylish high-rise champagne bar in London. Jury is meeting friend-of-a-friend Tom Williamson, whose wife, Tess, died 17 years earlier. Her fatal fall down a flight of garden stairs was ruled a result of a misstep, but Tom isn't convinced. He asks Richard Jury if he'll use his connections to investigate.

Five years before Tess's death, she'd hosted a party for some children at her estate; tragically, nine-year-old Hilda Palmer fell into a drained pool on the grounds and died. Could Tess's death been an act of revenge?

For the next seven days, Martha Grimes (The Man with a Load of Mischief) plots the journey of Jury and his dependable sidekick, Sergeant Wiggins. As they travel through the English countryside, they seek out the five surviving party guests (all now adults with secrets of their own), hoping to unearth new insights into Tess's death. Their quest is complicated by two more deaths--in Long Piddleton and Sidbury--that may or may not be related.

With each new discovery and red herring, Grimes leads readers deeper into dark, winding labyrinths of suspicion and doubt. Jury remains an engaging protagonist: smart, witty, sarcastic and wholly unafraid to follow his instincts. As in the other 22 books in the series, Grimes's fondness for classic movies, literature and cleverly named British pubs resurface.  In Vertigo 42, Grimes, a master of the genre, pays homage to Alfred Hitchcock. While some of the identifying descriptions of the large supporting cast are a bit sketchy, Grimes surprising mystery gives just enough information to refresh old fans and whet the appetites of new readers.

Note: This review is a reprint and is being posted (in a slightly different form) with the permission of Shelf Awareness. To read this review on Shelf Awareness: Reader's Edition (6/3/14), click HERE

To read the full review of this novel as originally published as a special feature of Shelf Awareness: Maximum Shelf (5/21/14)--a much longer and much more comprehensive review--link HERE
Posted by Kathleen Gerard at 12:00 AM 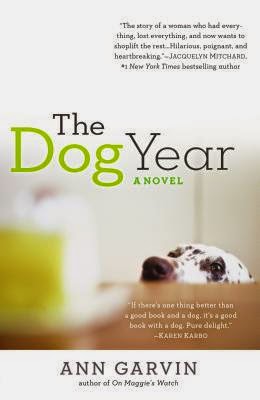 Beneath the surface of Luscious "Lucy" Peterman's life as a well-respected Elmwood, Wisconsin breast surgeon is a woman with a shattered psyche. Eight months before, Lucy lost her loving husband and her unborn child in a single afternoon. Ever since, Lucy has tried to bury herself in work. But there's a problem. Lucy has developed an inexplicable urge to pilfer hospital supplies such as bandages, tape, IV tubing and stockpile them in the bedroom she once shared with her husband. When the powers-that-be at the hospital catch Lucy in the act of stealing, she is given an ultimatum: go for psychological counseling or forfeit her medical license. Under protest, she chooses the former, soon understanding that the root of her addiction stems from the realization that if she had such provisions with her on the day her life forever changed, Lucy might've been able to alter her fate.

The bond Lucy shares with her brother deepens as she undergoes treatment for her kleptomania and is propelled on a journey that connects her with a concerned psychoanalyst; an anorexic stranger with deep-seated emotional issues of her own, who might have friend potential; quirky attendees at a local 12-Step, AA meeting; and a snarky cop who once knew Lucy in high school. Along the way, a stray dog unexpectedly wins Lucy's affections and helps soothe her languishing grief.

Engrossing characterizations and unexpected complications permeate The Dog Year by Ann Garvin (On Maggie's Watch), a novel that addresses serious issues of loss and self-actualization in a very entertaining way.

Note: This review is a reprint and is being posted (in a slightly different form) with the permission of Shelf Awareness. To read this review on Shelf Awareness: Reader's Edition (6/6/14), click HERE
Posted by Kathleen Gerard at 12:33 PM