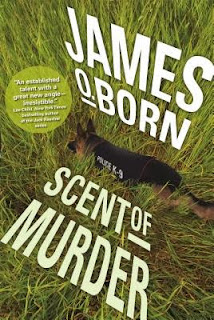 In Scent of Murder, James O. Born delivers a suspenseful mystery about a specialized K-9 police unit in south Florida and its role in tracking a serial kidnapper and possible murderer.

Deputy Tim Hallett isn't having an easy time. A Caucasian cop, he is on the rocks with his African American girlfriend, with whom he shares custody of their four year-old son. He is also still trying to get back on track after being ousted from the detective bureau—he was accused of using inappropriate methods to catch a child molester. Now, two years later, Hallett is a handler of a loyal and instinctive Belgian Malinois police dog named, Rocky, who is called in, along with two other specialized K-9 teams, to search for the criminal-at-large. But will the case that nearly shattered Hallett's career somehow figure in and come back to haunt him?

Born brings readers inside the minds of cops, and he often shifts the viewpoint, with great effect, to reveal the experiences of the devoted, astute canines, as well. The additional perspective of the criminal--the inner workings of his distorted mind as he goes in pursuit of young women whom he can terrorize and dominate--serves to intensify the suspense.

As in his other novels, Born (Border War) layers in authentic details of his native state of Florida and multi-cultural aspects found in contemporary law enforcement. Fans of crime fiction will be drawn to the investigative aspects of the story, while dog lovers will be intrigued by the realistic exploration of courageous police handlers and their canine counterparts. 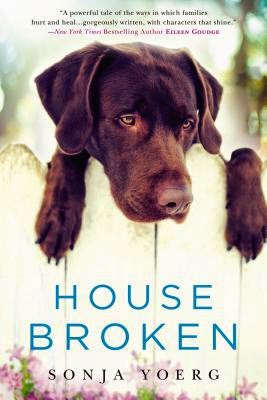 Geneva Novak is a successful veterinarian living in San Francisco with her husband and two rebellious teenagers. When she receives a phone call from her brother in Los Angeles notifying her that their mother, Helen, has been in a serious car accident, Geneva's world is upended. The urging of her always-optimistic husband--who comes from a loving yet often overbearing family very different from her own--convinces Geneva that taking in the convalescing Helen might help repair their broken and contentious mother-daughter relationship. Grudgingly, Geneva invites a reluctant Helen into their home in the hope that Helen might finally address questions that have remained unanswered for decades--questions about Geneva's long-deceased father, Geneva's sister who has exiled herself to Africa and Helen's chronic alcoholism. Unfortunately, Helen's arrival only heralds new, unexpected problems, and it seems that things might get worse before they get better.

House Broken, Sonja Yoerg's complex, sensitively crafted debut novel, emerges as a multigenerational saga largely narrated by Geneva, who often seems more capable of caring for--and more empathic toward--the animals in her life than people. The viewpoints of Helen and Ella, Geneva's 16-year-old daughter, help flesh out the story. The distinct, authentic voices of these women from three generations probe beneath the surface of their own personal realities, while also shining a light onto dark secrets--past and present--that reveal the flaws and often-irreconcilable differences within family life.

Note: This review is a reprint and is being posted (in a slightly different form) with the permission of Shelf Awareness. To read this review on Shelf Awareness: Reader's Edition (1/9/15), click HERE
Posted by Kathleen Gerard at 12:00 AM 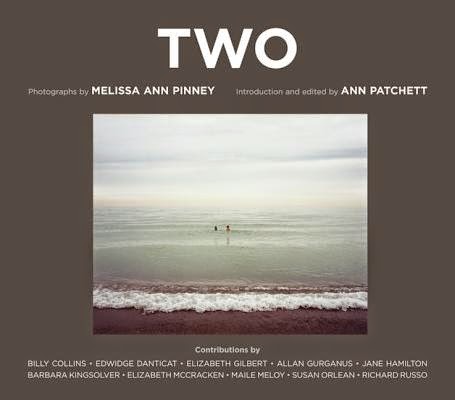 "I've always been interested in watching people together. I wonder what their story is, who they are to each other," explains photographer Melissa Ann Pinney in Two, a collection of more than 90 color images that focus on pairs of people and objects, accompanied by 10 essays by notable contemporary writers.

In this group of vivid, often mystical and playful images, Pinney explores connection, identity and relationships. There is a candid aesthetic to her work. Even her posed photographs grant viewers a glimpse into lives-in-action: a couple's embrace; a tender moment between mother and child; two nested teacups; a girl and her obedient dog; two barefoot, suspender-wearing Amish men staring into a placid sea; an elderly man having his hair done poolside.

The accompanying essays, which delve into the nature of pairs and twosomes, make the book even more compelling. Edwidge Danticat writes about having her feet washed by a stranger in church. Barbara Kingsolver expresses her feelings of being left out of the "charmed Romeo-Julietness" of her parents' marriage. Maile Meloy explores, with awe, the 70-year bond between her grandparents. Allan Gurganus considers the possibility of vanishing twin syndrome, and Elizabeth McCracken writes about her mother's enduring bond with her fraternal twin.

In the moving, eloquent opening essay, Ann Patchett notes that writers and photographers share a similar drive to exist "alone and in the world" in order to create their art. That concept makes Patchett and Pinney's collaborative exploration into the "the power of two" all the more thought-provoking.

Note: This review is a reprint and is being posted (in a slightly different form) with the permission of Shelf Awareness. To read this review on Shelf Awareness: Reader's Edition (5/1/15), click HERE

This review was also featured (in a longer form) on Shelf Awareness: Book Trade (12/18/15). To read the longer review click HERE

Posted by Kathleen Gerard at 2:59 PM