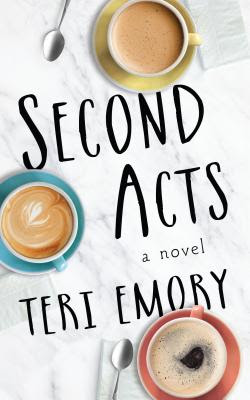 A novel about longtime friends at the crossroads of middle age as they re-examine and reconcile their different paths in life.


Second Acts by Teri Emory depicts the enduring friendship among three women who met as students at Buffalo College in the late 1960s; now in middle age, each narrates one of three sections of this vivid first novel. The story begins when New York City marketing writer Sarah Roth learns that her ex-husband--the father of their daughter, Elle--has died of a sudden heart attack. The news forces Sarah to take stock of her life--her work and her current post-divorce relationship--through the prism of the past while trying to formulate a vision for the future. The 30-year marriage of Beth Gillian, a psychotherapist, is tested after she and her husband, a "Wall Street Wunderkind," bury a child. Beth reconnects with an old college flame who rallies her spirit and inspires her to contemplate the road not taken. Miriam Kaplan, a teacher in Manhattan, has remained single over the years; her life changed after a passionate romance with a charming photographer from the South. This experience left her reluctant to engage in a new relationship with a man whose sweetness helps her through a difficult passage in life. Emory's unhurried prose braids the complex personal stories of these three women as they come to grips with loss, choices and compromise. All the while their bond of friendship flourishes in a changing world.


NOTE: This review is a reprint and is being posted with the permission of Shelf Awareness. To read this review on Shelf Awareness: Reader's Edition (October 24, 2017), link HERE
Posted by Kathleen Gerard at 12:00 AM 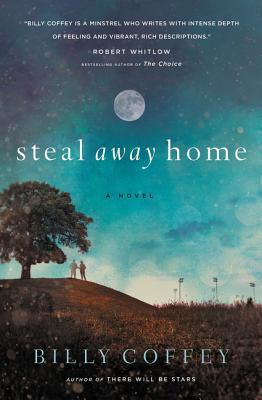 A revelatory, spiritual novel about a young man whose big-league baseball dreams upend his life in extraordinary ways.


Owen Cross, from a small town in Shenandoah, Va., thought playing baseball was all he ever wanted. His passion was instilled by his father, Paul, whose big league aspirations were cut short by an injury. Paul--a high school janitor--encouraged Owen to master all aspects of the game. But when Owen crossed paths and fell in love with Michaela "Micky" Dullahan, a rebellious local girl "considered plain white trash," his life was upended. Micky's family was poor and struggling, her father a notorious alcoholic. Owen and Micky forged a bond they kept secret, lest they face familial and public disapproval. And the limits of their relationship became even more dramatically tested as Owen readied to leave for college on a baseball scholarship. At the age of 29--in the 1990s, the heyday of Cal Ripkin and Derek Jeter--Owen is finally called up from the minor leagues to serve as a fill-in catcher for the Baltimore Orioles, playing against the New York Yankees in the Bronx. Over the course of that one special Major League baseball game, star-struck Owen closely re-examines his life and the emotionally charged circumstances that led to the pinnacle of his long-held dream. Coffey (Some Small Magic) beautifully renders a thought-provoking story about the stony path toward spiritual enlightenment. As Owen experiences all nine innings of the big game, the idea of time and how it can lend perspective rises to the fore of this powerful, inspirational story centered on the bittersweet nature of grace and redemption.

Steal Away Home by Billy Coffey


NOTE: This review is a reprint and is being posted with the permission of Shelf Awareness. To read this review on Shelf Awareness: Reader's Edition (January 19, 2018), link HERE
Posted by Kathleen Gerard at 12:00 AM