The Dog that Whispered 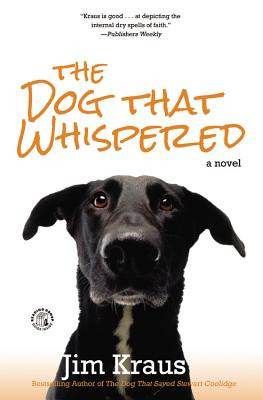 A rescued black lab helps a troubled veteran confront traumatic war experiences and get on with life.

A rescued black lab named Thurman is the titular The Dog That Whispered in the continuation of Jim Kraus's (The Dog That Talked to God) fictional series featuring domestic animals that alter human relationships. At 85 years old, Gretna Steele adopts Thurman before learning that her retirement community in Pittsburgh, Pa., does not allow pets. So Gretna hands the dog off to her son, Wilson, a college professor "nearing-senior-citizen-status," who has lived an insular life for decades, ever since his tour of duty in Vietnam. Wilson grudgingly accepts Thurman, who eerily begins uttering, in growls and barks, responses to Wilson's self-talk--words like "bunkum" and even phrases: "I good at dog. You not good at human." Thurman forces Wilson to question his sanity, examine his conscience and confront the socially isolating aspects of his guilt.

In a parallel story, 20-something actuary Hazel Jamison of Portland, Ore., is packing up her recently deceased mother's belongings when she discovers a picture of her mom--a never-married hippie--with a uniformed soldier. Written on the back of the photograph, in her mother's hand, are the words "Our Wedding." Hazel, who believed she was the byproduct of a short-lived affair, is shocked by the revelation. She cashes in her mother's stocks, quits her job and sets off on a cross-country road trip determined to find out more about the man in the picture. Amid her quest, Wilson and Thurman enter her life.

The power of providence and redemption emerge as undercurrents in another delightful installment in Kraus's inspirational series.

Note: This review is a reprint and is being posted (in a slightly different form) with the permission of Shelf Awareness. To read this review on Shelf Awareness: Reader's Edition (6/3/16), link HERE
Posted by Kathleen Gerard at 12:00 AM

Interview about THE THING IS

Was interviewed about
my novel
THE THING IS
on
WGVU
(an NPR affiliate, Greater Michigan area) 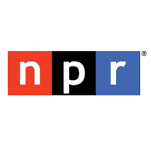 Link HERE to listen to the 10-minute segment
on
"The Morning Show with Shelley Irwin"
Posted by Kathleen Gerard at 12:00 AM

The Dog Days of Summer

Now is the perfect time to lounge in a hammock, sip an iced tea and cuddle up with fictions about furry, four-legged canine companions. Lily and the Octopus by Steven Rowley--a funny, moving novel about an aging and infirm dachshund who changes one man's life--has become a literary sensation.

There are many other dog-centric novels about unforgettable fictionalized pooches, as well:

In A Man of His Own by Susan Wilson, a WWII veteran, Rick Stanton, returns home, broken in body and spirit. When Rick and his wife are reunited with their beloved dog, Pax, a rescued German shepherd-mix who was later volunteered to serve in a K-9 military unit, a tug-of-war for the dog ensues between Rick and Pax's devoted handler from the front lines.

Hector, a fluffy little white dog owned by a widow in a small town, and Trey Barkley, Hector's 26 year-old, professional dog walker who suffers from schizophrenia, are at the center of The Chocolate Debacle by Karen Winters Schwartz. When Hector's owner is found murdered, Trey becomes the prime suspect in this psychologically astute murder mystery.

And in my own novel, The Thing Is, a crafty therapy dog, a lovable Yorkshire terrier named Prozac--with supernatural wisdom, a canine Mensa IQ and an even higher opinion of himself--sets off on an adventurous, comedic quest to rescue a blocked romance writer grieving the death of her fiancé.

So before summer winds down, let yourself 'go to the dogs'…literarily.

NOTE: This column previously appeared in Shelf Awareness for Readers (8/16/16) and is being reprinted (in a slightly different form) with their permission. Link HERE to read the column as originally published.

Posted by Kathleen Gerard at 8:49 PM

Dating Tips for the Unemployed 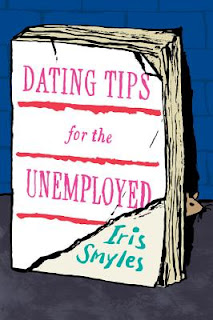 A mosaic of comical short stories about a 35 year-old single, intellectual woman trying to navigate the complexities of life and love.

Crafty comic writer Iris Smyles returns to exploring the life of her fictional anti-hero, Iris, in Dating Tips for the Unemployed. In Smyles's first novel, Iris Has Free Time, character Iris was a young, single New Yorker grappling with life after college and the pitfalls of young adulthood. In the new novel, Iris is now 35 and still single. She's grown older and while still struggling with hard-won wisdom, she continues her witty, self-deprecating and often self-defeating search for a place in the world.

This time around, character Iris--an aspiring writer largely supported economically by her Greek, politically right-leaning family--starts her journey having now completed her second master's degree and feeling that she needs to find a man and get married "before I gain any more weight, before I get too old, before people start to talk." That quest, channeled through Iris's lovably downtrodden, often absent-minded perspective, is not easy to accomplish. In 24 short, eclectic episodes, Iris--a wry observer and keen philosophical thinker--shares stories centered on men, dating, work (and the lack thereof), loneliness, friendship, sex, literature, costume parties, growing older, time travel, insomnia, Greek mythology and the complete series of Rocky movies. A large cast of characters comprised of family, friends, lovers and strangers enhance the very funny details of Iris's rich, authentic urban odyssey.

Smyles delivers another clever, insightful glimpse into the often absurd existence of an intellectual young woman who makes the idea of floundering in life a laudable art form.

Note: This review is a reprint and is being posted (in a slightly different form) with the permission of Shelf Awareness. To read this review on Shelf Awareness: Reader's Edition (6/28/16), link HERE
Posted by Kathleen Gerard at 12:00 AM