Signs from the Other Side 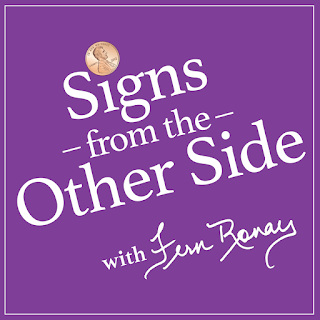 Was thrilled to be a featured guest on the always-inspiring podcast, SIGNS FROM THE OTHER SIDE with host Fern Ronay. Fern is the author of the hit romantic comedy, Better in the Morning, a novel I adored - really looking forward to reading the sequel (slated for Fall 2019).

SIGNS FROM THE OTHER SIDE is a podcast devoted to true stories of people who have had mysterious experiences and encounters with mystical forces that go beyond the realm of coincidence.

I had the opportunity to talk to Fern and share funny stories about the (quirky, often exasperating) Yorkshire terrier that inspired my novel, The Thing Is, and how, after the dog prematurely passed, I received a series of remarkable signs  that ultimately culminated with a hair-raising 'out of this world' birthday gift from the dog!

The conversation was a lot of fun...Via the podcast, Fern certainly does this contentious world of ours a great public service by promoting what is good, hopeful and affirming (and truly important) in this life. Hope you'll tune in to the show. Enjoy!

Listen to the podcast on any of the platforms below (click on links to connect to each platform):


Posted by Kathleen Gerard at 6:15 PM

In Dog We Trust 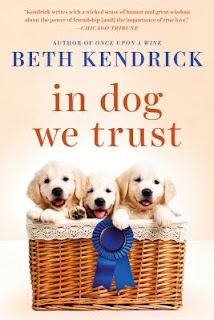 A part-time dog walker's life is dramatically changed when she's named trustee and legal guardian for a pack of pampered Labrador retrievers.
Beth Kendrick (Once Upon a Wine, Cure for the Common Breakup) returns to Black Dog Bay, a fictional seaside town in Delaware that's become a refuge to the broken-hearted and romantically challenged over four previous novels. This installment features 27-year-old Jocelyn Hilliard, who runs a linen and laundry service for area condos and rental units with her mother and wise-cracking best friend, Bree. Jocelyn has her life upended when she rescues a dog from a busy street and, as a result, is offered a job caring for and walking a pack of Labrador retrievers--pedigreed, pampered, future world champion show dogs--who are owned by rich curmudgeon Peter Allardyce.
When the elderly Mr. Allardyce dies several months later, his will surprisingly appoints Jocelyn as the guardian and trustee for the beloved Labs. He also names her as financial fiduciary of the trust and benefactor of his lavish beach house mansion. The news leaves those in Allardyce's circle up in arms--including highfalutin show-dog trainer Lois and Liam, Allardyce's estranged son. Both feel they are more deserving and far better trustee candidates than Jocelyn. Thus begins a tangled legal battle that tests Jocelyn's patience and her judgments of people, while also forging her strength and resolve on the road to finding true love.
Kendrick's breezy style and quick wit enliven more serious themes centered on family, love, work, class differences and the universal human need for love and forgiveness

In Dog We Trust: A Novel by Beth Kendrick 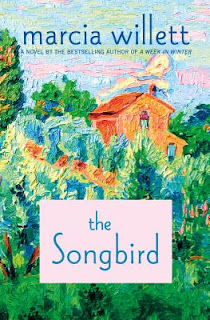 In this tender novel, the bonds among inhabitants of a British estate transcend the stories, burdens and secrets of their lives.
Prolific author Marcia Willett (Summer on the River, Christmas in Cornwall) returns to the bucolic English countryside in The Songbird. The old Georgian estate Brockscombe Farm consists of a house, owned by the aging Francis Courtney, and three cottages.
In one cottage lives Charlotte, a 32-year-old web designer, her husband, Andy, and their five-month-old. The second cottage is home to William, Andy's father and Francis's cousin. William has been separated for several years from Fiona, Andy's mother. She left him to pursue an affair and a highfalutin architectural career in London, but begins paying regular visits to bond with her new grandson.
William shares his cottage with his other cousin, Kat, a retired ballet dancer in her 60s. She is a creative spirit coming to grips with the death of her Polish lover. And the third cottage is empty until Tim, on sabbatical, arrives to take a six-month lease. Connected to the others through Charlotte's sister, Tim is trying to regroup after a painful break-up. He is also secretly battling a neurological disease in its early stages. The atmosphere in Brockscombe proves as healing as the warm acceptance Tim receives from his new neighbors. But will they treat him differently if they know the truth?
Willett is an elegant writer and an unhurried storyteller. She understands people and the private burdens they carry, while empathizing with the consequences of their actions. This moving, multigenerational saga slowly reveals the essence of her fully realized cast of characters as the intimate stories of their lives unspool with tender, hopeful grace.

The Songbird: A Novel by Marcia Willett


NOTE: This review is a reprint and is being posted with the permission of Shelf Awareness. To read this review on Shelf Awareness: Reader's Edition (December 14, 2018), link HERE
Posted by Kathleen Gerard at 12:00 AM