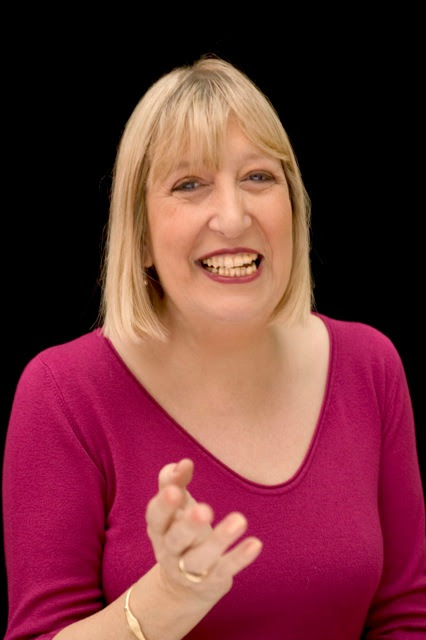 Note: This interview is a reprint and is being posted with the permission of Shelf Awareness. To read this
Q&A as originally published on Shelf Awareness  (3/24/14), click HERE

Cat Out of Hell 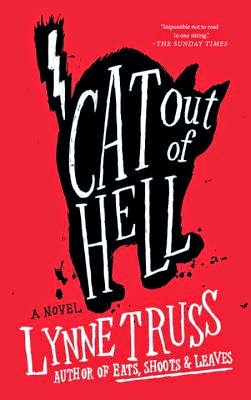 Roger--a sarcastic, well-read, talking cat who solves cryptic crosswords--is the star of Cat Out of Hell, an adventurous, gothic mystery novel that straddles a fine line between humor and horror, good and evil, life and death. Roger's story is complicated and at times absurdly comical and far-reaching. Readers, however, are in good hands with Lynne Truss (Eats, Shoots & Leaves), who launches her narrative with Alec Charlesworth--a lonely widower, a former Cambridge librarian--who retreats to a North Norfolk coastal cottage to grieve the death of his beloved wife. As dreary days wear on, Alec opens an e-mail sent to him by a former colleague he scarcely remembers, Dr. Winterton. Attached is a mysterious document called "Roger," a compilation of notes, screenplay pages, JPEGs, videos, audios and file transcripts.

Alec tries to decipher why these materials were sent to him and their meaning. He focuses on a recorded conversation between Roger and a man named Wiggy. Alec learns that Wiggy is also a grieving widower, whose sister and her dog have disappeared. Wading through the files and putting all the pieces together, Alec begins to suspect the chilling story of Roger and his chilling past may link several mysterious deaths. Furthermore, it may even expose a complex plot involving the dark side of cats, their many lives and their intricate--sometimes retributive--behaviors.

Rich characterizations and the inventive structure of Truss's clever, comic novel all serve to enhance this endearing, insightful and often wicked mystery that ratchets up suspense and intrigue while exploring aspects of mortality.

Note: This review is a reprint and is being posted (in a slightly different form) with the permission of Shelf Awareness. To read this review on Shelf Awareness: Reader's Edition (3/20/15), click HERE

Murder at the Book Group 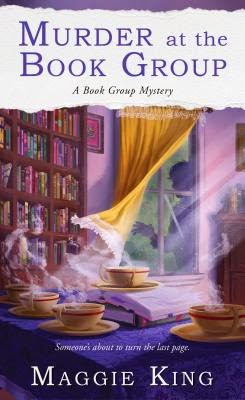 Maggie King entertainingly darkens the common perception of book clubs (a benign assembly of readers who've come together to discuss books) in her quirky debut, Murder at the Book Group. The story begins when normally even-keeled, vain Carlene Arness hurls the cozy mystery under discussion into a fireplace. "This book sucks," she exclaims. "There should be a law protecting the reading public from such trash!" The shocked members try to placate irate Carlene, who is also a mystery novelist, then rationally discuss and analyze the plot, which has to do with cyanide slipped into the teacup of an unsuspecting victim.

When the group breaks for refreshments, Carlene suddenly drops dead. Remarkably, her death is deemed the result of cyanide poisoning. When a note is discovered, Carlene's death appears to be a suicide. Many in the group, however, suspect someone killed her and forged the note--or is this kind of thinking the result of having read too many mystery novels? The quest for both who done it and why unearths a host of insidious rivalries and romantic entanglements.

The narrator, Hazel Rose, is a computer programmer turned aspiring romance novelist who cofounded the book club with Carlene. Carlene's death gives Hazel's banal existence a much-needed jolt, but her search for a would-be killer is riddled with snags when Carlene's friends, family and acquaintances offer compelling details of Carlene's multiple identities, surprising secrets and sordid love affairs. The amateur sleuth's pseudo-investigative skills and her interactions with a cast of well-drawn, small-town characters reveal a deception that ultimately coalesces into a study of human nature and the limits of perception.

Note: This review is a reprint and is being posted (in a slightly different form) with the permission of Shelf Awareness. To read this review on Shelf Awareness: Reader's Edition (1/6/15), click HERE

This review was also featured (in a longer form) on Shelf Awareness: Book Trade (12/18/14). To read the longer review click HERE

A Spool of Blue Thread 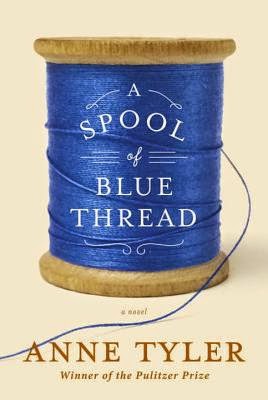 Family life never grows old in the hands of Anne Tyler, a master of domestic fiction who returns to familiar terrain in her 20th novel, A Spool of Blue Thread. This time around, Tyler (The Beginner's Goodbye) focuses on the Whitshank family of Baltimore, Md., launching the story with a call from wayward son Denny, who, at age 19, drops an attention-getting announcement on his parents, Abby and Red. He then hangs up and disappears from their lives--and the lives of his three siblings--for years.

Tyler characterizes the Whitshanks as "one of those enviable families that radiate clannishness and togetherness and just... specialness," and Denny "trailed around their edges like some sort of charity case." Years later, when the entire family--including Denny--finally reunites in Baltimore, stories of the past are retold when Abby and Red's future living arrangements are called into question.

The common thread binding the generational tapestry of the Whitshanks is the family home built by Red's father in the 1930s; the warm, inviting nature of the house comes to represent the family. In flashbacks, Tyler delves into the history of Red's parents and how Abby and Red met and married in 1950s. The stories of those who inhabited the residence deepen the meaning of the present-day predicament: with Abby and Red growing older and more infirm, the four disparate siblings and their spouses urge the couple to dismantle their bedrock, their beloved home, and make alternate living arrangements.

Abby and Red's decision will not only affect their lives, but the lives of their children--particularly the two sons who struggle to reconcile their distinct places in the fold. Tension builds in this multi-generational saga as Tyler stitches together an intricate, insightful story about family history, memories, rivalries and long-held secrets.


Note: This review is a reprint and is being posted (in a slightly different form) with the permission of Shelf Awareness. To read this review on Shelf Awareness: Reader's Edition (2/10/15), click HERE

This review was also featured (in a longer form) on Shelf Awareness: Book Trade (2/6/15). To read the longer review click HERE