Window on the Bay 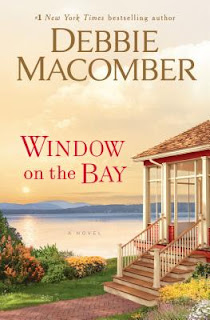 Two middle-aged divorcées--friends since college--find their plans to visit Paris complicated by familial demands and the prospects of new love.
Jenna and Maureen are divorcées who live in Seattle. The duo originally met as college freshman while taking a French class and became best friends. They vowed that after graduation, they would take a trip to Paris where they would "walk in the moonlight along the Seine, tour the Louvre, and see the view of the city from the Eiffel Tower." Maureen's unplanned pregnancy, however, forced the friends to defer their plans to "someday."
Over the years, Jenna, an ICU nurse, and Maureen, a librarian, married, had children and divorced. Throughout 20 years of ups and downs, the two single moms emotionally supported each other. Now middle-aged--with their children grown and launched--Jenna and Maureen decide "someday" is now. Paris awaits. That is, until Jenna's mother has an accident that brings an attractive male surgeon into Jenna's life. Meanwhile, Maureen catches the attention of a book-loving plumber who, working near the library, starts paying Maureen visits in search of new reading material. The two women, bruised by the past, are leery, but soon become lured by the prospects of new love. But what about Paris?
Macomber (Cottage by the Sea, If Not for You) unspools several tender, romantic story threads in Window on the Bay. Through a refreshing role-reversal, the young adult offspring of each woman--with complications in their own lives--prove sources of unexpected wisdom to their mothers on the brink of change.


Window on the Bay: A Novel by Debbie Macomber

NOTE: This review is a reprint and is being posted with the permission of Shelf Awareness. To read this review on Shelf Awareness: Reader's Edition (July 16, 2019), link HERE
Posted by Kathleen Gerard at 8:40 PM