Laughing Can Kill You 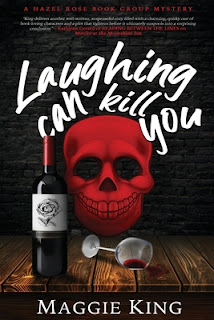 Maggie King’s astute cozy-mystery protagonist Hazel Rose of Richmond, Virginia, is thrust front and center in a murder investigation that puts her own life in jeopardy.

Hazel Rose is a computer-programmer-turned-romance writer who burst onto the cozy literary murder-mystery scene in Murder at the Book Group. In that novel, Book One, she was swept up in solving the murder of a book club member who died after ingesting a cup of tea laced with cyanide. In Book Two, Murder at the Moonshine Inn, Hazel and her book club cronies became embroiled in solving the suspicious death of a high-powered executive found dead in the parking lot of a local watering hole. In Laughing Can Kill You, Book Three in this engaging series, poor Hazel learns that she’s been dumped by her publisher—her romance books have faced lagging sales. Ever resilient and undaunted Hazel decides to sign up for a local course in mystery writing in the hope that by switching gears, she’ll re-energize her career. The problem is, however, there is always one spoiler in every group—and writing groups are no exception.

Self-aggrandizing Randall “Randy” Zimmerman, Esquire—a lawyer-turned-thriller-writer who believes he can give “John Grisham a run for his money”--is that one annoying person in Hazel’s group. Randy is the ex-husband of a book club member. He takes confrontational pleasure in demeaning, belittling and even laughing at the work of his fellow classmates. When Hazel and her true-crime writing husband, Vince, find Randy dead, foul-play looms. Hazel--with the help of her cohorts--once again goes on a dangerous pursuit to root out the killer.

Readers don’t need to be familiar with King’s prior books to enjoy this one, but they’ll no doubt want to after reading this well-crafted, suspenseful whodunnit augmented with a strong supporting, small-town ensemble cast and a ratcheting plot rife with shifty motives and red herrings.

Read my reviews of other Hazel Rose Book Group Mysteries:

MURDER AT THE BOOK GROUP

MURDER AT THE MOONSHINE INN

Posted by Kathleen Gerard at 2:47 PM

Kathleen Gerard
Kathleen Gerard writes across genres. She is the author of IN TRANSIT, a woman-in-jeopardy novel set in the NYPD Transit Police Division. The book won "Best Romantic Fiction" at The New York Book Festival. Her novel THE THING IS (Women's Fiction/Romantic Comedy) deals with the nature of grief and a crafty therapy dog named Prozac. Kathleen is also the author of the novella, COLD COMFORT (Women's Fiction). In addition, Kathleen's short fiction has been nominated for and awarded many literary prizes including The Saturday Evening Post "Great American Fiction" Prize, The Mark Twain House Humor Prize, The Erma Bombeck Writing Award and Best New American Voices, all national prizes in literature. Kathleen's prose and poetry have been widely published in literary journals, magazines and anthologies. Her work has been featured in The Wall Street Journal and broadcast on National Public Radio (NPR). Kathleen writes for Shelf Awareness, a daily e-newsletter publication about books and the publishing industry. To learn more about Kathleen and her work, please visit www.kathleengerard.blogspot.com 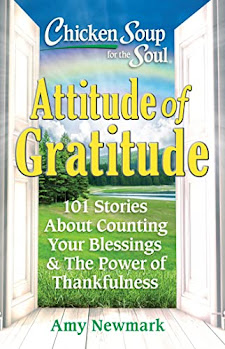 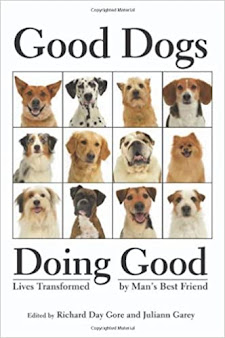 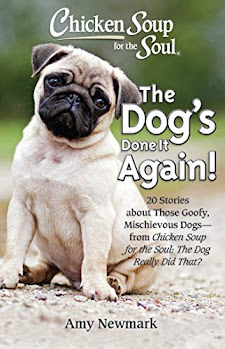