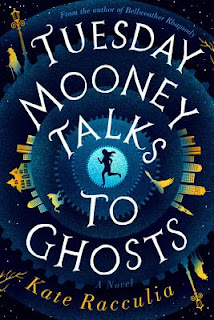 A treasure hunt through Boston for the fortune of a deceased billionaire inspires a quirky researcher to join forces with a cast of lovable misfits.
Tuesday Mooney is a single, 30-something loner--a dedicated prospect researcher for Boston General Hospital. There she gathers facts and tracks "digital fingerprints" on rich people in the hope that they will donate their fortunes. Tuesday volunteers to help at a benefit auction and invites along her former coworker and friend Poindexter "Dex" Howard--a financier suffering romantic woes with his younger beau. Both friends get swept up in a night of surprises, including meeting Vincent A. Pryce (an eccentric, cape-wearing, elderly billionaire and collector of Edgar Allan Poe memorabilia) and handsome Nathaniel Arches, an eligible, however notorious, bachelor. Tuesday is drawn to Nathaniel, especially after he makes a whopping $50,000 bid for a meet-and-greet with New Kids, a pop band.


When Vincent Pryce drops dead of an aneurysm at the auction, his obituary launches a treasure hunt through the city of Boston. Whoever can read between the lines of the obit and pursue the cryptic clues set forth will inherit a portion of his wealth. Tuesday--an inquisitive, "human Google"--charges headlong into the quest. But she's not alone: Dex, Nathaniel, Dorothea "Dorry" Bones (Tuesday's precocious 14-year-old, motherless neighbor), a lingering ghost from a sad chapter in Tuesday's adolescence, and a host of competing--often dark, duplicitous--forces are hell-bent on getting to the finish line first.


Kate Racculia (Bellweather Rhapsody) displays an abundance of intellect and imagination in this clever, immensely adventurous story that pays homage to the elaborate mysteries of life and death--and self-discovery.

Tuesday Mooney Talks to Ghosts: A Novel by Kate Racculia